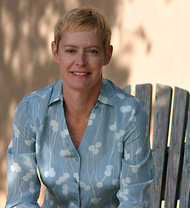 For more than a decade, Gretchen Reynolds has been writing about the science of health and fitness. Her weekly column, Phys Ed, is one of this paper’s most popular features, regularly appearing on top of the “Most E-mailed” list. Now Ms. Reynolds has distilled the knowledge gained from years of fitness reporting into a new book, “The First 20 Minutes: Surprising Science Reveals How We Can Exercise Better, Train Smarter, Live Longer,’’ published last month.

Gretchen Reynolds on the science of fitness.

While the subtitle alone makes bold promises about the potential of exercise to protect the human body, the most surprising message from Ms. Reynolds is not that we all need to exercise more — or at least not the way exercise is typically defined by the American public. Ms. Reynolds makes a clear distinction between the amount of exercise we do to improve sports performance and the amount of exercise that leads to better health. To achieve the latter, she explains, we don’t need to run marathons, sweat it out on exercise bikes or measure our peak oxygen uptake. We just need to do something.

I recently spoke with Ms. Reynolds about the science of exercise, why standing up is good for you and why, after writing a book about fitness, she began to exercise less. Here’s our conversation. 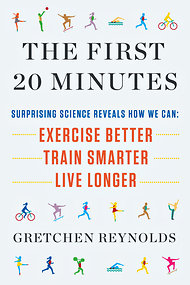 Why did you choose “The First 20 Minutes” for the title of a fitness book?

Without being evangelical, I wanted people to understand that this is a book about how little exercise you can do in order to get lots and lots of health benefits. Two-thirds of Americans get no exercise at all. If one of those people gets up and moves around for 20 minutes, they are going to get a huge number of health benefits, and everything beyond that 20 minutes is, to some degree, gravy.

That doesn’t mean I’m suggesting people should not exercise more if they want to. You can always do more. But the science shows that if you just do anything, even stand in place 20 minutes, you will be healthier.

Is part of the problem that people equate exercise with trying to lose weight, and many of them have given up?

I think a lot of people look to exercise to help them lose weight, and when they don’t lose weight immediately with exercise, they quit. They return to the couch, and they basically never move again. What is lost in that is that fitness is almost certainly more important than fatness.

If you are overweight but fit, meaning you have a reasonably good V012 max (a measure of oxygen uptake), then your risk of premature death, all the chronic diseases — diabetes, heart disease, cancer — will drop. If you have to choose, choose to be fit, whether you lose weight or not.

In researching this book, what did you find are the biggest misconceptions about exercise?

One of the biggest misconceptions is that exercise has to be hard, that exercise means marathon running or riding your bike for three hours or doing something really strenuous. That’s untrue and, I think, discourages a lot of people from exercising. If you walk, your body registers that as motion, and you get all sorts of physiological changes that result in better health. Gardening counts as exercise. What would be nice would be for people to identify with the whole idea of moving more as opposed to quote “exercise.”

A regular theme of your column is the risks of being sedentary. What’s more important to health: exercise or sedentary behavior?

It’s also an important theme in the book. There are two things going on: One is activity, and the other is inactivity, and they have different effects on the body. There is a whole scientific discipline called inactivity physiology that looks at what happens if you just sit still for hours at a time. If the big muscles in your legs don’t contract for hours on end, then you get physiological changes in your body that exercise won’t necessarily undo. Exercise causes one set of changes in your body, and being completely sedentary causes another.

What’s your approach to better fitness? Join in the discussion below.

Has writing this book changed your own approach to fitness?

It validated some of the things I was already doing, like not stretching before a workout, which I always hated doing. I hated sit-ups and found out they were bad for your back. I was pleased to learn that. It has changed how I approach hydration in exercise. Now I drink when I’m thirsty, and it seems to be completely fine.

I also exercise a whole lot less. Partly it’s because I have less time, but it’s also because I have learned that I don’t have to do more to be healthy. My main goal now is not to be competitive. What I really want is to be healthy and to set a good example for my son. I want to be around for the next 40 years, and the science seems to show very clearly that you don’t have to do a lot to make yourself a whole lot healthier.

I run a couple of miles most days. I used to feel like if I didn’t run five miles it didn’t count. Now I’m very content to get out for half an hour or 20 minutes, and I feel reasonably healthy after that.

And you told me that you also stand more?

I really do stand up at least every 20 minutes now, because I was spending five or six hours unmoving in my chair. The science is really clear that that is very unhealthy, and that it promotes all sorts of disease. All you have to do to ameliorate that is to stand up. You don’t even have to move. I’m standing up right now as I talk on the phone. I stand during most of my interviews now.

I’m finding this very inspirational. What is your advice for people reading this — what should they go do today?

If people want to be healthier and prolong their life span, all they really need to do is go for a walk. It’s the single easiest thing anyone can do. There are some people who honestly can’t walk, so I would say to those people to try to go to the local Y.M.C.A. and swim.

There are always options for moving. You don’t have to do anything that hurts. You don’t have to buy equipment. If you have a pair of shoes, they don’t even have to be sneakers. People have gotten the idea that exercise has to be complicated, and that they need a heart rate monitor, and a coach, and equipment and special instruction. They don’t.

The human body is a really excellent coach. If you listen to it, it will tell you if you’re going hard enough, if you’re going too hard. If it starts to hurt, then you back off. It should just feel good, because we really are built to move, and not moving is so unnatural. Just move, because it really can be so easy, and it really can change your life.

Your health questions answered by Times journalists and experts.

That Loving Feeling Takes a Lot of Work:

Where Have All the Primary Care Doctors Gone?:

Marathon, half-marathon, 10k and 5K training plans to get you race ready.

Test your knowledge of flu facts and trivia.

How much do you know about the excess spending that goes on in our health care system?

When your need to know is right now.